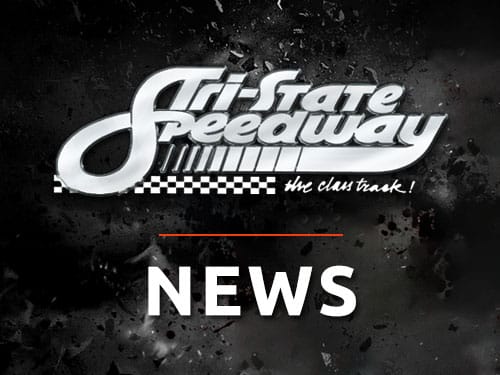 With the year 2020 going down as one of the most historical in our lifetime, here at Tri-State Speedway we continue on as our season winds down to the final three events.  With guidelines set forth by the Governor of Indiana for raceways to reopen, we are still limited to 50% capacity. Sanctioning groups have stepped up their plans to comply with online sales for several events. Even with an abbreviated schedule starting in June instead of the anticipated April opening, we have witnessed some extraordinary racing.

The June 14 Showdown saw 45 MSCS – USAC drivers signed in with one of our hometown favorites, Stephen Schnapf, taking home the win. Also rounding out the month was the unexpected hosting of a two-day World of Outlaw Sprint show.  Fans enjoyed a double header with local favorite Carson Short of Marion, IL picking up his first Outlaw feature win on night #1 and California native Carson Macedo winning night #2 which was broadcast live on CBS Sports Network. Even with limited fans permitted, those in attendance were witnesses to epic racing.

The first “Class Track Mania” event set for June 27 was rained out with no plans for rescheduling this year.

The month of July started with the July 5th American Classic. The MSCS feature winner was Kyle Cummins who has once again proven he knows his way around this Class Track. UMP Modified driver Brandon McDowell posted a win here along with MMSA driver Brandon Coffey. The July 18 Sprint Stampede race was cancelled as the Covid-19 cases ramped up in this area. It was time for a break from racing as we took several weeks off to regroup and clear the air.

The long awaited USAC Indiana Sprint Week scheduled for Saturday, Aug. 1 was postponed because of rain but Mother Nature cooperated on Sunday, Aug. 2 and 41 USAC sprint drivers were ready to finish up this week plagued by rain. Kyle Cummins won the feature race but the driver crowned the Sprint Week Champion was Chase Stockon of Fort Branch, IN. His consistency paid off and he was awarded the coveted rocking chair as he capped off the week.

On August 15 the Hoosier Sprint Nationals was once again loaded with MSCS Sprint car talent. The winning driver was Kyle Cummins as he makes another great run for this year. Rounding out the Modifieds was once again Brandon McDowell with Bradley Sterrett winning the IMCA Racesaver feature.

Three big events remain on our 2020 schedule with the Labor Day Weekend Challenge up next on September 6 with the MSCS Sprints and UMP Modifieds. The annual Haubstadt Hustler paying $10,000 to the winner of the MSCS-USAC feature is scheduled for Saturday, September 19. Closing out this year will be The Harvest Cup on October 10 with the MSCS Sprints, the USAC Midgets, and the MMSA Mini-Sprints in action.

With all of the uncertainty and restrictions put in place this year, it has been a season of challenging times for everyone. We take this opportunity to thank everyone involved which includes the other sanctioning groups such as Dirt Motorsports, USAC, and MMSA who assisted in helping us schedule races. The drivers, owners, fans, and sponsors who stood by us knowing we were doing our best to get the season started are to be commended. Last, but not least, are all of our employees who make it all possible – we thank you from the bottom of our hearts!

Now let’s enjoy the rest of this race season and keep our fingers crossed for a better 2021!